After the Ethnographic Exhibition in Rangoon Burma which was opened by Daw Aung San Suu Kyi on September 28, 2013 was complete,

all 70 photographs were donated for permanent display in the National Museum of Burma/Myanmar, so it was decided that a new set of the 70 photos should be printed and travel to Stockholm Sweden, and then move to Oslo Norway for new exhibitions.

We arrived in Stockholm on a direct flight from Bangkok on the 2nd of May 2014. The event would not begin until the 6th of May, so we had a few days to relax at the Helsten Hotel, a beautiful elegant old hotel in the center of town.

We had called our old friend Andy Mccoy formerly the guitar player with a fantastic band called Hanoi Rocks and asked him and his wife to come visit. They were living in Helsinki Finland.
We had met Andy and the band years ago in Japan, then saw them perform in Bangkok Thailand.
After that we toured with them in England and watched them at the Lyceum Theater in London.
Andy came to stay with us in San Francisco, and I stayed with him in L.A in his house formerly owned by Rock Hudson. There he gave me a plexiglass guitar which Keith Richards had given to him, the one Keith played on the album Goats Head Soup.

It was wonderful catching up with him again. There is a statue of him in Finland and he is soon due to be issued on a postage stamp!
Walking the streets of Stockholm it was evident that many people recognized him. He later came over to our hotel with an acoustic guitar and played flamingo music like a gypsy.
Fantastic! 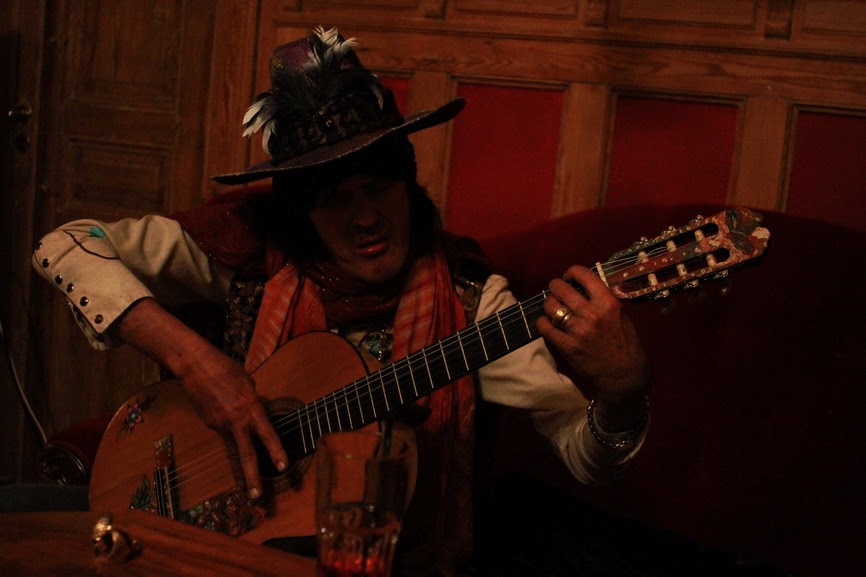 Andy came to the Stockholm opening where I gave my speech. He was accompanied by his friend a photographer named Oskar Ohlson who had photographed Lemmy from Motorhead, Johnny Winter,
Mink Deville and of course Andy. There were 150 Vanishing Tribes posters put up all over Stockholm for the event which opened on May 6th 2014. 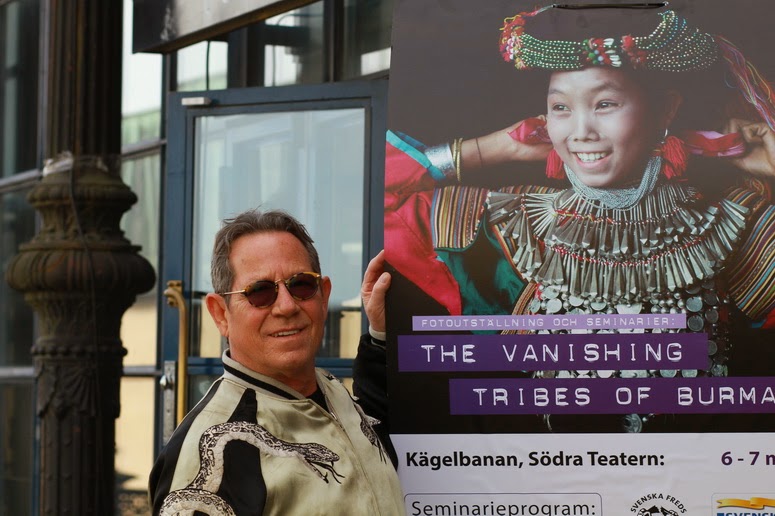 After Stockholm our friend from the Swedish Peace and Arbitration Society, the oldest peace society in Sweden founded by a Nobel Laureate, packed up all 70 photos in a van and we drove towards Norway. We would stop on the way at our project manager's father-in-law's farm. There were a few Burmese traveling together with us who were also speakers at the events. One young woman who is incredibly courageous named Zin Mar Aung was a former political prisoner who spent 11 years in prison, 9 in solitary confinement.

In 2011 she received the Clinton and International Women of Courage Award. She has a great sense of humor and a compelling story. We were treated to home baked breads and barbecued moose.

After 2 nights in the glorious countryside of Sweden, our caravan drove off to Norway,
The event in Norway was hosted by Partnership for Change. My photos were set up in an opulent hall where the speakers included the former Prime Minister of Norway Kjell Magne Bondevik and Leymah Gbowee Nobel Peace Laureate 2011 whose role during the Women Liberia Mass Action for Peace movement was pivotal in ending the Liberian civil war in 2003. I also was able to give a short speech at the event which opened May 13th 2014. 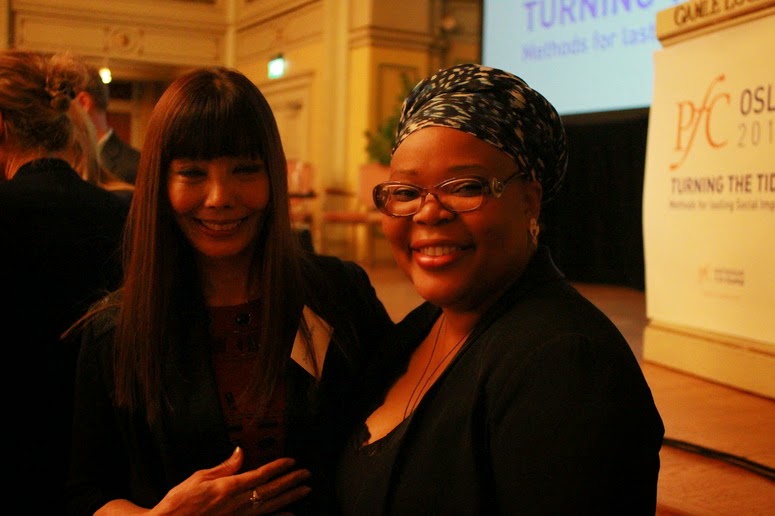 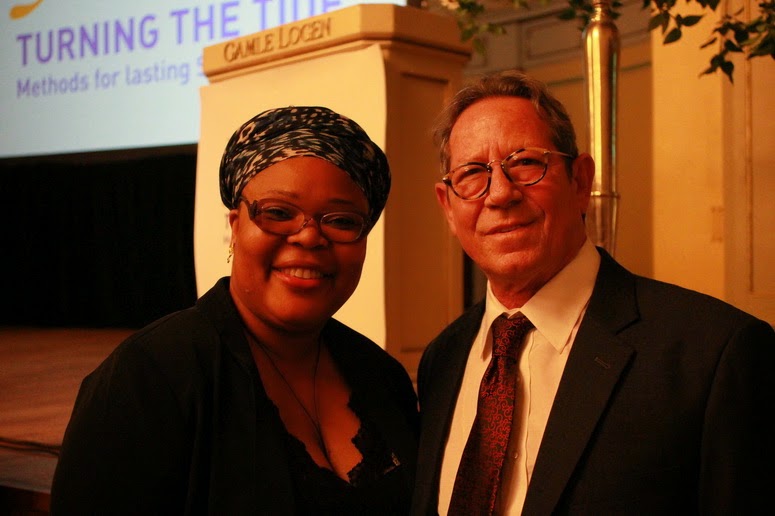 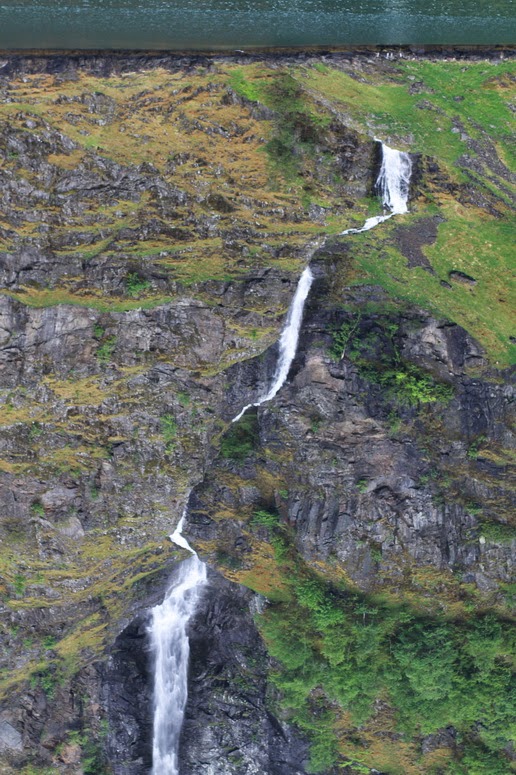 After the Oslo event ended on May 15th, the photos were taken to Gothenburg, but my wife and I decided to have a look at Norway. Leaving by train from Oslo through beautiful scenery, we arrived at Flam a small town at the end of a 200 kilometer long fjord with towering snow covered mountains and lusty waterfalls. Flam also brews some very fine beers. We stayed overnight in Flam and departed by ship sailing west down the fjord.
Occasional villages dotted the way, miniature below the towering snow covered peaks far above tearing at the incessant lumbering storm clouds. Followed by screaming sea gulls and leaping dolphins we arrived at a town called Gudvagen. From here we took a bus on the Stalheimskleiven Road twisted with astonishing hairpin turns. It was May 17, Norwegian Independence Day. The streets of Voss were filled with families of flag waving revelers all dressed in traditional costume as if they had stepped out of a centuries old oil painting. 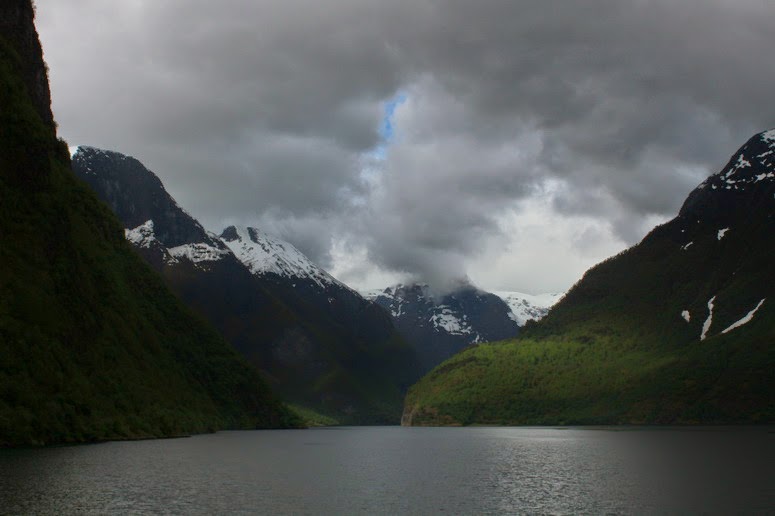 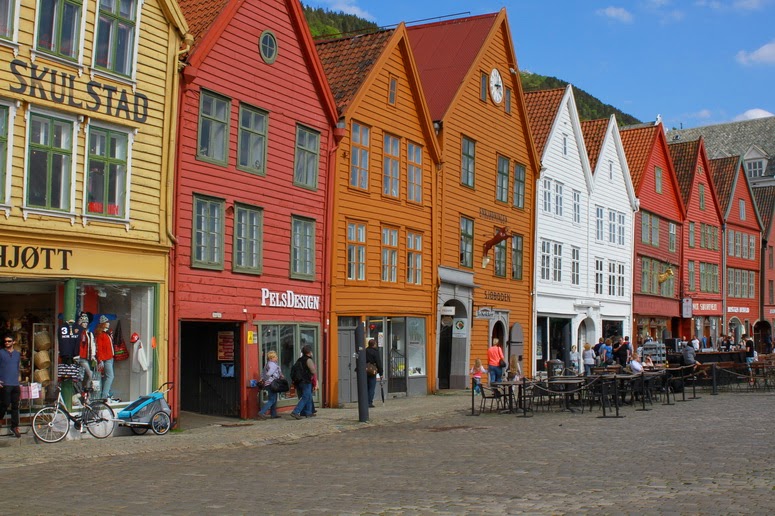 After a few hours in Voss we caught a train to Bergen. My wife's research had landed us the best hotel room in Bergen, the only one directly on the water. The old town of Bergen is a scene from a fairy tale with rows of pastel colored store fronts which are hundreds of years old. There is a fish market dating from 1296. Passenger liners, old sailing vessels, fishing boats, and expensive yachts line the waterways, and at night the ebb and flow reflects the sparkling colored lights of Old Bergen.

From Bergen we went directly back to Oslo, traversing Norway by train. Many of the mountain passes were still covered in a thick blanket of snow with temperatures of 4C. The next day we caught a direct flight from Oslo to Bangkok arriving at about 8am May 22nd. Bangkok was 37C or 100F. A few hours later martial law was declared, and then the army announced the coup d' etat with a country wide curfew from 10pm until 5am.