New Year of the Headhunters 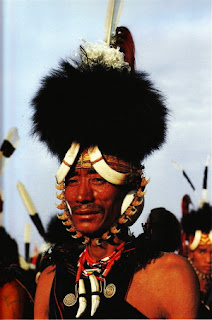 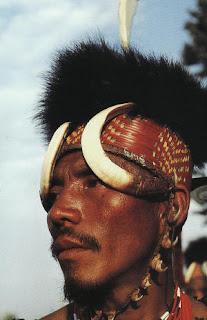 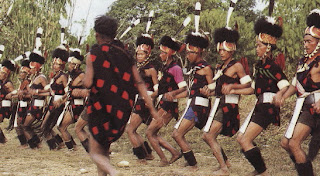 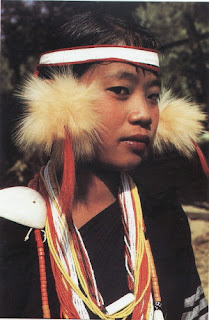 There seemed to be no taboos regarding sexual relations between boys and girls and many wandered off into the bushes. Late at night, when everyone had drunk their share of kongye, fist-fights broke out, and some of the girls could be seen carrying their drunken menfolk away on their backs, not really struggling under the weight, but staggering nonetheless, silhouetted against the moonlight.
Unfortunately something this good could not last. It didn't. Naga New Year today is a correographed  stage show with tour guides in Rangoon charging $1,500 U.S.Dollars per person to a throng of tourists probably outnumbering the Naga, who are allowed to attend for only one day, and take pictures of the backs of each others heads.
Posted by RICHARD K. DIRAN at 8:05 PM No comments: