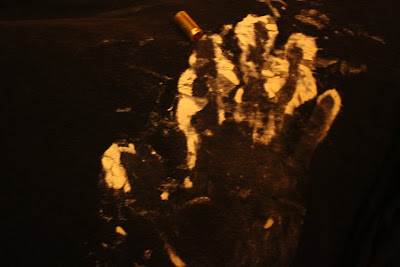 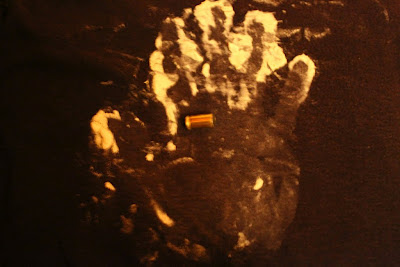 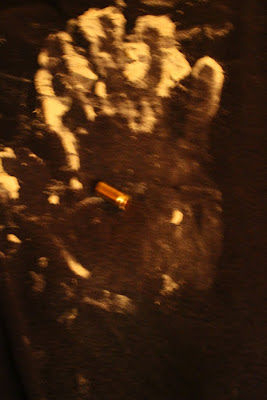 When I got back to my room, I took off my drenched black tee shirt which I noticed has a talcum powder hand print outlined on the back in white. I put the bullet casing on the void of the hand print and took these photos looking like something between the gangster John Dillinger meets Christ's last bathrobe, the Shroud of Turin.
Posted by RICHARD K. DIRAN at 6:30 AM