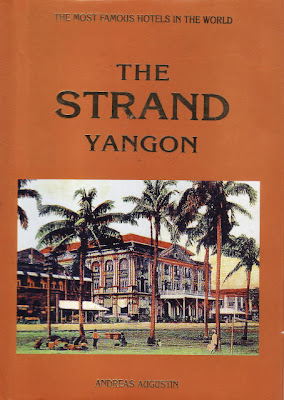 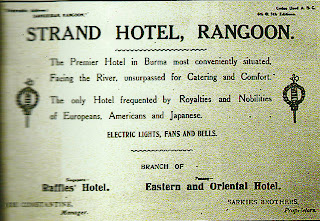 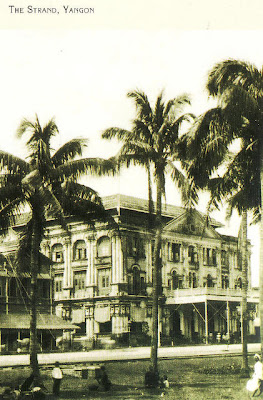 Some of the most intense days of my occupancy were during the uprising of March1988. Sitting in my recessed window sill looking through the old swirly glass on to Strand Road below, across from the jetty and the Rangoon River, tanks occasionally rolled by and dozens of canvas covered trucks carrying young soldiers hefting ancient machine guns, G-2's and G-3's, jumped from the back and fired down the street at protesters who scrambled through clouds of tear gas to avoid getting shot. Many were shot. Here at night was a major capital city in a country the size of France, standing silent, no movement, vacated, deserted, eerie.
In the morning, I was greeted by the leathery doorman, "Good morning sir", as if all were just peaches and walked out into the street which was congested with hustlers, skimmers, scammers and shammers. The only market as usual was the black market.There were gem dealers, antique steelers, pineapple peelers, and money changers all desperate, hovering around watching, waiting, steeped in crimes and intrigue. More violence was expected, people were in the streets, angry. Spies were everywhere, who was who? Who was watching you? I don't know, I would never know, but the eyes would burn like lasers. I hit the streets with discretion and tried to avoid the expected uprising.
Shortly after this any foreigners still in the country left voluntarily or were dispelled. Martial law and the curfew would be declared in June 1988. Soon Burma closed its doors to the world. The Grande Dame was left completely vacant of guests until 1989 when I along with a trickle of foreigners on group tours were once again allowed into the country and into the hotel to breathe her musty history.
Posted by RICHARD K. DIRAN at 9:06 PM