Phantom of the Apocalypse 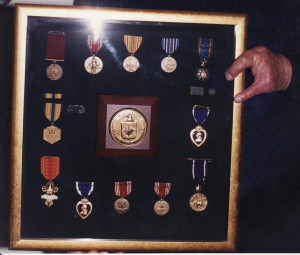 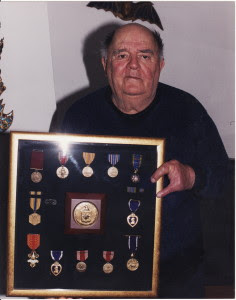 With the death this week of General Vang Pao I was reminded of another warrior who I knew and photographed in the early 1990's. Tony Poshepny aka Tony Poe worked together with Vang Pao as an advisor and was dropped behind enemy lines to conduct a secret war and stop the North Vietnamese march in to Laos. Poe who was a marine in 1942 fought on Iwo Jima recieving two purple hearts. He would earn five in his lifetime. In 1951 he joined what was to become the C.I.A and won the C.I.A Star twice. He ran sabotage teams  behind enemy lines in Korea while smuggling weapons and training Chiang Kai-Shek's Chinese Nationalist Army which was attempting to overthrow the communists in Peking.
In 1958 Poe and fellow C.I.A operative Pat Landry tried to overthrow President Sukarno in Indonesia. Outgunned and trapped on the island of Sumatra, they fled 150 kilometers through the jungle to escape, caught a fishing trawler and were rescued by a U.S submarine.
He then trained  the fierce Tibetan Khamba tribesmen to help the Dalai Lama flee Lhasa which was being surrounded by communist Chinese in 1959.
In 1961 he began C.I.A work in Laos during America's "secret war" against communist North Vietnam and the Pathet Lao. Liaising with General Vang Pao he was able to recruit thousands of Hmong tribal warriors who he rewarded for bringing in enemy ears. He put human heads on stakes around his encampment to terrify the enemy along with strings of ears on his porch.
In the capital of Laos, Vientiane, the U.S Ambassador doubted his body count so Poe sent and envelop with human ears stapled inside making a young secretary who opened it vomit. he hurled human heads from low flying aircraft on to his communist enemies one of which was known to have bounced in the guy's front door.
Tony Poe became a jungle warlord revered by thousands of Hmong warriors. Against all C.I.A protocol he married a local Hmong princess with hair down to her ankles named Seng La who was the niece of Touby Lyfoung one of the kings of opium. According to Jack Shirley he sent a cable to the C.I.A, "I'm married...she's mean as hell...speaks no language...doesn't smell too good...but she's mine now"..
In one aborted attempt to kill Poe two of his fingers were blown up, they could have been saved but he tore them off and threw them in the bushes.
During the entire "secret war" in Laos 2.5 million tons of bombs were dropped making Laos the most heavily bombed country in the world.
Poe may have been the inspiration for Col. Kurtz played by Marlon Brando in Francis Ford Coppola's film "Apocalypse Now". He was a hard drinking renegade who drank a quart of Lao Kao, homemade whisky every morning before emerging from his hut to launch assaults on the Chinese. At night he would hurl drunken abuse about the C.I.A and the U.S Ambassador on a radio link.
After ten years in the jungle Poe refused to go home. In the early 1970's the North Vietnamese, the Pathet Lao, the Chinese, and the Americans all wanted him dead. Everyone wanted and tried according to Jack Shirley to terminate his command. After the stapled ears incident the Ambassador ordered him out. "Come up and get me you big prick:, said Poe
The C.I.A finally pulled him out of Laos in 1970. The U.S were withdrawing and a frustrated and raving drunk Poe showed up at the Ambassador's office in Vientiane with a rifle in one hand and a machete in the other. In 1973 his base at Nam Yu was bombed completely off the map by B-52' piloted by the C.I.A. In 1975 Poe disappeared but wound up on the Thai-Lao border town of Udon Thani sometimes venturing to Bangkok where I first met him. In the early 1980's he swaggered around Udon Thani with his pistols and brawled. Because of the  respect he had earned in Laos, the Thai police tolerated him but fearing his violent drunken outbursts, he was escorted to the airport in Bangkok and in early 1990's given a one way ticket out.
I took this photo of Tony Poe  in his house on Wawona St. in San Francisco. Inside the frame he is holding is the C.I.A insignia with two of his purple hearts and medals from foreign kings.